I am very sad to hear of Gene Cernan‘s passing. 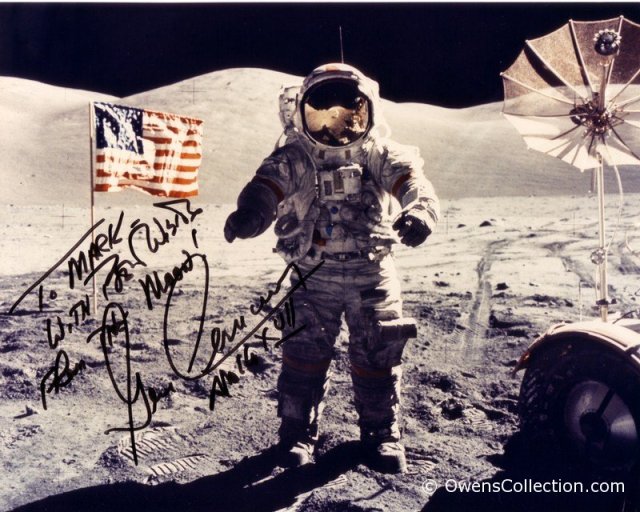 Gene was the last of the (just) twelve humans that walked on the moon.. He was also a close friend of Neil Armstrong.

Coral and I attended Neil Armstrong’s memorial service on 13 Sep 2012 at the National Cathedral in Washington where Gene presented Neil’s eulogy (that follows in this post).  Gene’s eulogy for Neil also reflects back on Gene’s remarkable career.

Coral and I saw Gene speak in Sydney just a few months ago when he launched the documentary about him titled, “The Last Man on the Moon“.  We had planned to see him at the International Astronautical Congress in in Adelaide, Australia in September 2017.

Gene and the Mercury/Gemini/Apollo astronauts were not just intrepid pilots with the right stuff.   In every regard they also represent the best of humankind.

They became ambassadors for STEM and exemplars for resilience, fearlessness, discovery and ethics.

Once again we sadly farewell another of the few World’s great legends who set standards and pathways to the stars for all who follow.