There is a saying that if the media is reporting your story, and if there is a hole in the story, then someone else will fill that hole if you don’t.   And if someone else fills it, then they’ll own it, forever. 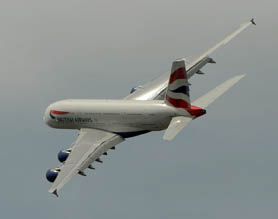 Many crisis managers take advantage of the “Golden Hour” during a crisis.

The Golden Hour (although traditionally used in medicine for optimising survival after  trauma)  is the the critical first hour following a crisis.   During this Golden Hour, it’s imperative that any information voids are prevented from being filled by (foreign) mis-information and speculation.    The “Golden Hour” tactical response includes:

The “Golden Hour” no longer exists.

When a crisis strikes, every person with a mobile phone that has an inbuilt camera becomes a journalist.

Twitter, Facebook and other social media announce and  broadcast users’ news in seconds, creating holes in the process and opportunities for hijackers to fill the holes and take control.

You now don’t have an hour to respond to a crisis, you have only minutes.

The QF32 incident was the watershed event that killed the golden hour.

News of the incident spread across social media before a press conference or media statement could be initiated.  The transport safety bureau of a foreign country called a press conference with the intention to announce that QF32 had crashed based only on a tweet!

Though that response might seem unwise today, we must appreciate that social media was relatively new in 2011 and many companies had not formulated the proper strategies to respond to aberrant messages.  Qantas brand, marketing and corporate affairs executive Olivia Wirth said:  “We first found out about the QF32 incident when our share price fell and news of the incident had gone nuts on Twitter.  That’s not a good way to find out about a disaster.”

“[the] QF32 incident changed the way the airline thinks about managing the media.  Our initial approach was trying to control it. We had very strict processes around what [employees] can and cannot say. We recognised it was wrong. We’ve completely done a backflip. Instead, we look at how do we get our staff talking on our behalf in social media. And it’s all about having conversations, we monitor it, we participate in it and we encourage our employees to do so as well.

We recognised it was wrong. We’ve completely done a backflip

Individuals, companies and even countries must embrace Social Media as a critical communication channel during their response to aberrant Social Media.

Qantas boosted its social media team after the QF32 event. The marketing team is now also dedicated to manage and to converse with social media on many platforms.  “We have a group of people who love social media who we call the young Qantas Angels,” said Ms Wirth.  “There are about 250 of them. They have gone through social media training. If there is a crisis and we need more people on social media, we bring them in and they join the room with our social media team.”  Click here to read this story

Some industries did not learn from the QF32 event.   The hacked and incorrect tweet of Obama being injured at the White House on 23 April 2013 caused the S&P 500’s value  to fall $136b before the tweet was disclosed as fake.

John Bailey (Managing Director of ICON International Communications, Singapore)  assisted IATA to creating a new template of “best practices”  for any company, defining clear roles and responsibilities for all parties involved in the response to a major crisis.  Click here to read John’s story