We are in safe hands! A sample of Australia’s best women pilots at Hervey Bay airport. (Courtesy Richard de Crespigny)

Coral and I had the pleasure to attend the Annual General Meeting of the Australian Women Pilots’ Association (AWPA) in Hervey Bay last week end.

In this fast and competitive world, it’s getting harder to find the time for aviators to meet, network, help and mentor the youger entrants in this field.   So it was for all these reasons that Coral and I attended the Annual  Conference to give our support to this prestigious group that had Nancy-Bird Walton as a past patron and president.

On behalf of the AWPA National Committee and Members I would like to thank you most sincerely for so generously giving us your time to speak at our Presentation Dinner on Saturday evening.

This particular conference was full of highlights, culminating in your presentation at the dinner which completed a highly successful and enjoyable conference. The combination of Matt Hall opening the Education Session on Thursday through to you addressing us on Saturday evening as to that particular event on the ‘Nancy-Bird Walton’ had many spellbound and I am sure that future conference organisers are now wondering how on earth they will be able to put together a comparable conference.

We also had a diverse range of other speakers, all encouraging but equally challenging the attendees to not only set goals but to question, check and question again.

The Air Navigation Trial on the Friday saw 12 crews enter which was also a good number and the winners of the main section, unknown to them, made my evening complete as they flew a C182 that my late father bought brand new in 1969 and was his pride and joy for many years.

I have received many emails since the conference, as have the organisers, from so many members, including first time attendees and all have been so complimentary. The content of the conference covered so much from beginning to end, with so many valuable lessons for those in the early stages of their flying, for those who have already achieved their goals or are well on the way to achieving their goals, and for those who are not necessarily flying any longer but remain interested. We had a record number (over 30) attending their first AWPA conference and their interest and enthusiasm was infectious with our regulars putting in a considerable effort to make all welcome. 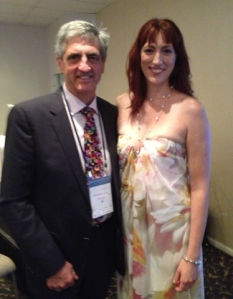 My name is Shannae Terrill and I am a trainee pilot with the Royal Aero Club of Western Australia out of Jandakot in Perth WA. I am also a member of the Australian Women Pilots’ Association (AWPA).

On the 11th of May 2013, I had the privilege of attending the AWPA annual awards dinner where Richard de Crespigny was the guest speaker. Richard provided a fascinating first hand account of QF32, to the group of AWPA members, partners, and guests.

I have great aspirations to one day fly with the Royal Flying Doctor Service, but none of this would be possible for me, without the support from the AWPA. Support from the AWPA is tremendous, the women we meet from all over the country, from all different fields and experiences in aviation, become valuable mentors and friends. 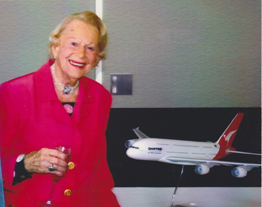 In 1950, Nancy-Bird Walton organised a meeting of women pilots from all around Australia at Bankstown Airport NSW, with thirty-five female pilots in attendance. This marked the beginning of the Australian Women Pilots’ Association and these women, from all ages and experience in flying, became the foundation of a nationwide network which aims to assist women to achieve their goals in aviation. Nancy-Bird became the first President of the Association and Maie Casey, present at the first meeting, accepted the position of Patron. The Lady Casey retained this position until her death in 1983 and Nancy-Bird then became the Association’s Patron until her death in January, 2009. The Association is a Company Limited by Guarantee.

Nancy-Bird began her flying career in the 1930’s, and became the youngest woman in the British Commonwealth to gain a Commercial Pilot’s Licence (B Licence) at the age of 19. She is an inspiration to all women pilot’s and a true icon in aviation, and in 2008, when Qantas was delivered its first Airbus A380 (VH-OQA) it was named in her honour (“Nancy-Bird Walton”).

Association members meet annually for a four day conference and Annual General Meeting, held in a different state each year. The conference includes networking, information sessions, a flying competition (which is great fun), and the presentation of awards and scholarships. Throughout the year, states and regional groups organise meetings, fly-ins and social events for members. These are great opportunities to meet new members and share experiences. We are very fortunate to be able to do some of the events we do, such as, this year we visited both the Perth and Jandakot control towers and were able to experience first hand what the people on the other side of our radios do.

This year the QLD committee put on a fabulous conference in Hervey Bay. It came with beautiful surroundings and a lot of fun was had by all, from all ages. The flying competition was a navigation time trial which we flew over the picturesque Fraser Island. We had some amazing guest presenters including Matt Hall, from Matt Hall racing, some inspiring women pilots who were so kind enough to share their stories. But the highlight for me was Richard’s presentation at the awards dinner. This possibly even topped my receiving of a scholarship.

After reading QF32, I was so excited to be getting the opportunity to meet him, and to listen to him give his presentation. I have gained so much inspiration from QF32. Prior to reading QF32 I wanted to become a pilot, but now I want to become so much more. I want to know everything there is to know about aviation, the plane I am flying, and every checklist that comes with that aircraft.

Captain Richard De Crespigny, I would dearly like to thank you and your lovely wife Coral for taking the time to present to us, you and your co-pilots, inspiring story of QF32.

Rob Walker (Manager Corporate Communications at Airservices) and wife Tanya with Richard. A massive thanks to Rob and Tanya – fabulous ambassadors for Air Services (who provided many scholarships to assist women entering their aviation careers).   (Courtesy Neva Cavenagh)

Elva Rush (a Benalla girl and best friends of Mariea (WSM) and Nancy-Bird Walton) organised Richard’s attendance at the AWPA’s Annual Dinner.    Eva is an inspiration to all pilots.  She is the first Australian female pilot to fly in a formation and regularly flew in formation demonstration teams around Australia. 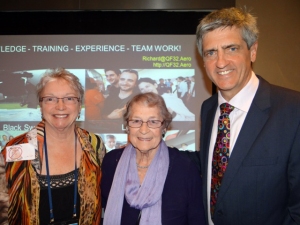 After the conference, Australia’s 150 best female pilots arrived at Hervey Bay airport to either catch flights or to fly themselves home.   The airport terminal was transformed into a hubbub of activity and excitement.  We all took photos of each other and mine is at the top of this page.

About fifty women boarded my flight to Sydney.

It was a marvelous experience to be in the cabin with so many young, passionate and inquisitive women who talked, laughed and generally made their presence known to everyone else on the plane.   Heck even the Captain discovered the potential for a mutiny and welcomed the “Passionate Girls from the AWPA on board, unaware that EVERY ONE OF THEM was hoping that the captain “had eaten fish for lunch” so that they could get their hands on the controls!