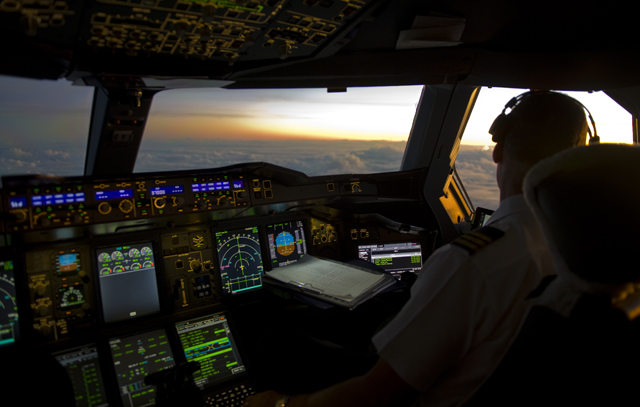 I think the Canadian “Air Crash Investigation S13E10 – Qantas 32: Titanic In The Sky” production  (as shown on the National Geographic channel) is better.

The one hour program analysed the QF32 flight.  Peter Overton, the narrator explained:  “it’s a gripping tale of what went wrong”    Peter reveals more in this recent interview (that might only be viewed in Australia).

The program also analyses two other controversial accidents that I had researched for my Big Jets book.

Interesting traces from the A320 investigation. A “G” plot would have been interesting.

I studied the the BEA accident report after it was released, particularly the flight data recorder graphs.    I sumarised my investigation with the phrase that should reverberate in every pilot’s mind, and the phrase that I insisted be the title for QF32 Chapter 19 (the chapter that described the A380’s flight control laws):
“IF YOU CAN’T TRIM, YOU CAN’T FLY”.

The second incident was the United Flight 232, a DC-10 flight on the 19th July 1989 commanded by Captain Alfred (Al)  Haynes.   The fan rotor  on #2 engine suffered an uncontained failure that caused a loss of all the three hydraulic systems that powered the flight controls.  The aircraft subsequently crashed at Sioux City.  (Click here to view the NTSB report).

Captain Haynes, his crews and the Sioux City rescue services executed a remarkable recovery in the most challenging circumstances.   Simulator trials after the event suggested that most pilots would not be able to control an aircraft without powered flight controls to land safely.

Of the 296 people on board, 111 were killed in the crash.  The remarkable survival of 185 is due to the exemplary performance of Al Haynes and his crews, the Sioux City rescue services, as well as the 285 additional trained personnel from the Iowa Air National Guard that by chance were also on duty at Sioux City airport to help with triage and evacuation.

Captain Haynes said after the flight:  “We were too busy (to be scared).  You must maintain your composure in the airplane or you will die. You learn that from your first day flying.”

Captain Haynes’ management of the crisis is a text book example of Crew Resource Management (CRM), and Leadership: