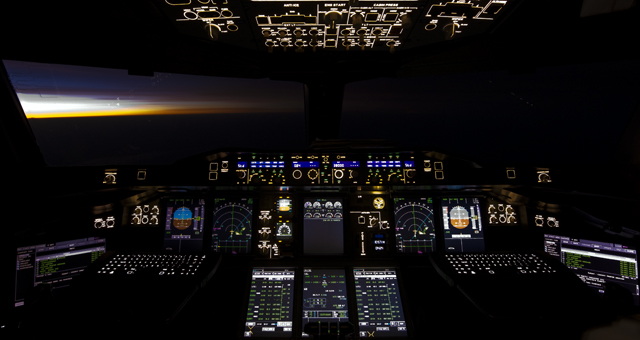 Only those who fly fully appreciate the wonders that exist out the front of  the cockpit.  Our passion is fueled by the experiences of seeing and feeling many things, including the extraordinary cloud types that comprise our living atmosphere.

My memories of clouds include the theory in the RAAF’s class rooms, tempered and case hardened by experiences in the cockpit: 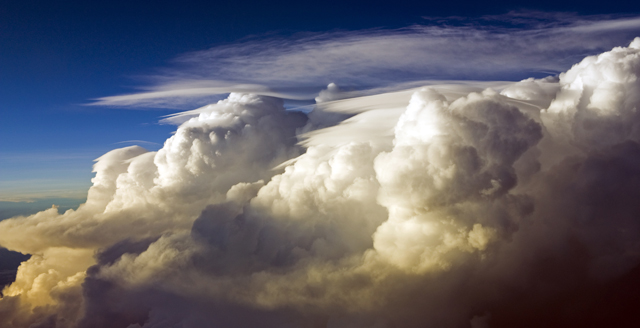 Thunderstorm bashing up against the tropopause as we crossed the ITCZ over the Pacific Ocean on 24 December 2012.

The above photo of a thunderstorm was taken during my  crossing of the Pacific Ocean on my way from Melbourne, Australia to Los Angeles, USA.   We departed LAX  on the 24th December and landed in Melbourne on the 26th, so we enjoyed Christmas Day in-flight, watching out for and ready to avoid an unlicensed sleigh.

We were flying through the Inter Tropic Convergence Zone (ITCZ), a corridor ringing the Earth that marks the most heated surface temperatures,  that trails the sun’s highest position in latitude by one month.    The warmer surface heats the air more than the surrounding cooler surfaces.

Convective forces lift moist air mass in the ITCZ to form the highest and most spectacular thunderstorms on the planet. 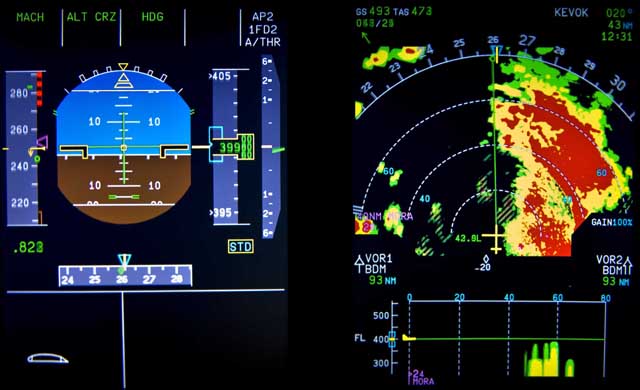 Another night flying at 40,000 feet avoiding spectacular and massive storm cells. In this case we are 44nm (81 km) left of track and heading 120 degrees away from our next waypoint! Activity increases as the colour changes from green, through yellow and red to magenta. Our TCAS system displays an equally cautious aircraft in our seven o’clock and 2,000 feet below. (Courtesy: Richard de Crespigny)

Every pilot who flies through the ITCZ knows about these dangers and avoids thunderstorms accordingly.  We are always on alert, aware that a “safe” radar picture one minute can change into a “dangerous” paint the next.  We never fully trust the radar presentations.

The pilots creed of “one look outside is worth 100 radar scans” holds true and at night.  Whilst the passengers are snug in their seats watching the latest video, we have turned down the cockpit lighting to the minimum and pressed our faces against the windows, using the “Mark 1 Eyeball” to scan the outside horizon for dangerous storm cells.

We were flying at 38,000 feet when I took the above picture of the ITCZ thunderstorm.  You can see the top of the thunderstorm flatten out as it punches through the tropopause, its inertia pushing and penetrating the tops up into the calm troposphere.   The rising air has lifted the bottom of the troposphere deforming the high, flat cirrus cloud to take on a “concave” or “Lenticular” type cloud form.

The energy in this thunderstorm, if tapped, would have powered a city for a day.

This is just another day in the life of an airline pilot.

Our 400 passengers were either asleep in the A380’s remarkably quiet cabin, or watching one of the thousand in-flight movies.  Whilst they relaxed with their window shutters closed, we dodged one ITCZ thunderstorm after another, banking and weaving, banking and weaving through the sky, all the time ensuring that the aircraft rolled at a rate less than three degrees per second – a rate that is undetectable to our passengers.    We were busy in the flight deck whilst the passengers presumed that their pilots were carving a straight line through clear skies.

Not a drop was spilled from any glass.

Below is an excellent photo taken by Witta Priester and displayed on NASA’s  apod.nasa.gov/apod website.   This Undulatus asperatus cloud shows features of lenticular activity  that appear to merge into a larger stratus layer.  The photo was taken in New Zealand, a country given the moniker “the land of the long white cloud” – another pointer to lenticular activities.  This photo supports my belief that New Zealand is one of the most majestic and beautiful mountainous (and maritime) countries in the world. 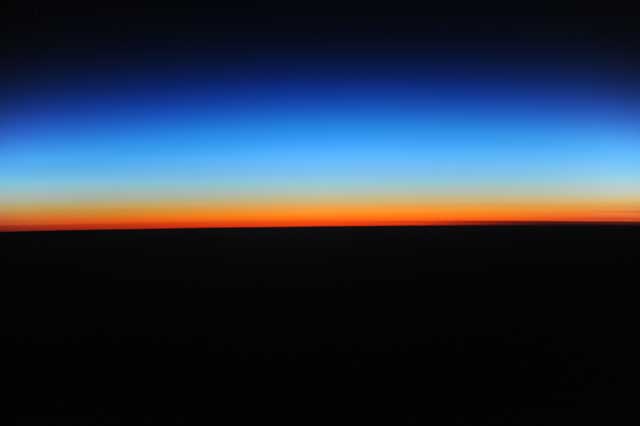 Oh! I have slipped the surly bonds of Earth
And danced the skies on laughter-silvered wings;
Sunward I’ve climbed, and joined the tumbling mirth
Of sun-split clouds, — and done a hundred things
You have not dreamed of — wheeled and soared and swung
High in the sunlit silence.  Hov’ring there,
I’ve chased the shouting wind along, and flung
My eager craft through footless halls of air….
Up, up the long, delirious, burning blue
I’ve topped the wind-swept heights with easy grace,
Where never lark, or even eagle flew —
And, while with silent, lifting mind I’ve trod
The high untrespassed sanctity of space,
Put out my hand, and touched the face of God.