It’s Time to be a Pirate! 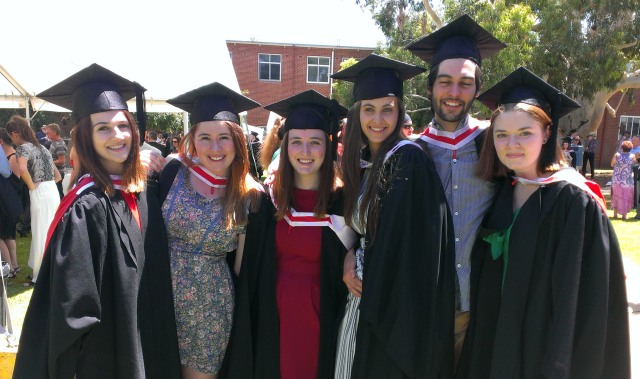 Below is the Occasional Address that I delivered at the 2014 Graduation Ceremony for the Arts Faculty at Charles Sturt University (CSU) at the Wagga Wagga campus on 15 December 2014. 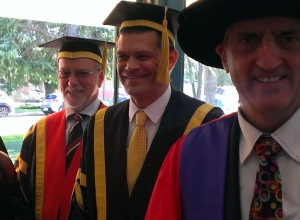 Deputy Chancellor of Charles Sturt University – Peter Hayes,
Vice-Chancellor and President – Andrew Vann,
Graduates of the Faculty of Arts – you did it!
Proud parents and partners of these impressive graduates,
Ladies and Gentlemen,

Thank you for the privilege to receive the award  “Doctor of the University honoris causa” , and thank you for asking me to deliver this Occasional Address. 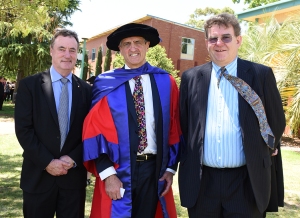 My wife Coral and I have enjoyed working with the Australian Graduate School of Policing and Security that is an important part of CSU.   Under the guidance of Nick O’Brien and Mick Keelty, we hope to continue our support for the police and emergency services.

I see here many young happy faces of energetic people, the sort of person I was 35 years ago when I graduated from university. I’d like to spend my time here if I were going through University again!

I graduated with a Bachelor of Science degree, which is a bit like a Bachelor of Arts degree in that it qualified me as a jack of all trades but a master of none. I worried if my degree would be useful back then.

My key concerns when I graduated 35 years ago were:

Perhaps you have the same concerns now.

I do not have these doubts today. My life changed four years ago, when I had an incident that required I synthesize my life’s knowledge and learning to manage a situation that I had not planned for and that no one had expected.

The QF32 incident vindicated my thoughts, values and beliefs that I am happy to share with you today.

You need to be pirates!

Using a nautical analogy for your careers, you need to be adventurers on the open seas – not just the sailors and passengers. You must be brave, follow your passions, defend your beliefs, challenge the status quo, and be unafraid to lead. Only then will you make a difference. Only then will you change the world.

You must also survive in our changing world, a world that is becoming more interlaced with technology.

During this talk I will use the acronym STEM, which stands for Science, Technology, Engineering and Maths.

In 20 years time 80% of jobs created in Australian will require STEM literacy, and 1 in 3 jobs will be at risk of being replaced by robots

STEM is everywhere yet few people understand how much we depend upon it;

STEM is challenging and changing our world. Today only 11% of Australians live outside urban areas and this proportion is reducing by 1.2% per annum! Employment is shifting from the farms into the cities. Country shops, newspapers, radio stations and churches are closing. Advertising dollars are moving from the TV, print and radio to the Internet. Even local food suppliers like SPC in Shepparton are under threat from foreign imports. 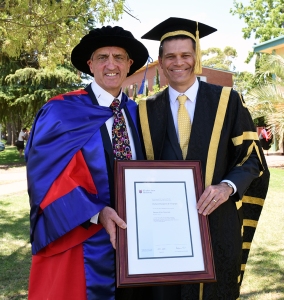 We need to have a National conversation about our industrial future.   This month, Scientific American published that currently 60% of all new US jobs now require basic STEM literacy.    In 20 years time 80% of jobs created in Australian will require STEM literacy, and 1 in 3 jobs will be at risk of being replaced by robots.

These figures are alarming because science funding in Australia is now at a 30 year low. Just three months ago Professor Chubb, Australia’s Chief Scientist stated that “[Australia] is the only OECD country without a science or technology strategy”. So we are breeding future generations that will be less equipped to think critically and cope with the unrelenting change. To use the nautical analogy again: We are trying to survive in a sea of unrelenting change, our future is at stake, and to survive we will all have to Surf along the Edges of Chaos!

“We need to have a National conversation about our industrial future”

So, how do we make ourselves resilient to the threats of the new world?

We need to be STEM literate. We need to be able to converse and discuss topics in Science Technology, Engineering and Maths. I’m not suggesting that you should become a computer programmer or a scientist who invents a cure for cancer. I’m talking about your ability to appreciate and not be afraid of the rapidly changing world. You need to be able to understand STEM and to be able to translate it into forms that others can understand. Because the people who have STEM literacy will have the confidence to expect the unexpected and not be startled by change.

“We need to be STEM literate”

I have taken my first steps to support STEM. I am the 28,000 th STEM Ambassador in the United Kingdom. The UK government has invested over 600 million pounds to promote STEM in schools, universities, corporations and governments. However there there are no STEM organisations in Australia for universities, corporates or the government. So I think that I might be the first STEM Ambassador in Australia. I will work with any organisation to help Australians embrace STEM technologies, and I am confident of success.

But what will you do? How does an Arts graduate stay resilient in a STEM world?

Your future is in translating STEM for the masses. Let me explain. Einstein said: “Imagination is more important than knowledge.” Einstein knew that acquiring “knowledge” gives us the ability to predict the future but at the cost of narrowing or losing our imagination. In other words for the Arts Faculty students, the scientists and engineers that create technologies are the least able to explain and communicate them to the public in contexts that they can understand. Let me give you an example.

Australia was the third country in the world ever to have launched a satellite from its own land. Yet Australians lost interest in satellites, we lost the passion for space, and so the government let our space industry die. Our space industry needed a poet like the American poet James Dickey.

James Dickey was inspired by the Apollo space program. James tied poetry and space exploration together in his moving poem called “Apollo” that included an observation from one of the Apollo astronauts, who was speechless during his spacewalk when he gazed down upon the earth and tried to explain what he experienced:

There are “No–no words. No words to describe it! Poetry! They should’ve sent a poet. So beautiful. So beautiful… I had no idea.”

Your job as a translator is to explain and make understandable to the masses what the back-office inventor and engineer cannot explain.

We are all immersed in a STEM world. If Steve Jobs of Apple were here now, he would tell you:

Will you be able to translate science talk to the masses? Let’s look at a few contemporary challenges.

We all dream of a world with perfect health? Will you be able to translate science talk to the masses on topics such as the ethics of gene manipulation and selection, artificial body parts, diet, obesity and vaccination. Will we permit terminally ill humans to leave with the same dignity that we grant our pets?

Will you be able to participate in debates about the mining and energy industries? The government has been writing cheques funded by coal and uranium that fewer people want to cash. Should we be harnessing more renewable energy sources such as solar energy and tides?

Can Australia’s industries be part of the solution (and not the problem) of building machines that will think, reason and have consciousness just like the human mind? When we design robots that will greet us at the door with a glass of wine when we return home, who is going to critically analyse the robot’s features such as: 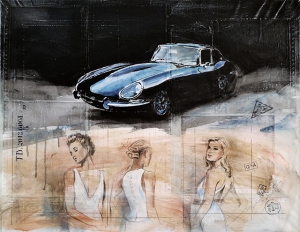 These are the great challenges for the writers and philosophers, the singers and painters. We live in an exciting world full of change and opportunity. But don’t get lost. Don’t panic. Let your values and beliefs be your compass. Let you passion be your drive.

I have changed the direction of my life many times over the past 35 years. Every time I have always followed my passions.

I was very fortunate to have eight teams supporting me when the QF32 incident challenged us. As a result 469 passengers and crew home to their families and loved ones. The 29 pilots and cabin crew on board QF32 mattered. We made a difference – and you will too.

Mahatma Gandhi, Martin Luther King and Nelson Mandela were the individuals who during my life influenced the most people and made the greatest changes to humanity. How did they achieve this?

We made a difference – and you will too

Revisiting the key questions at the start of this talk:

As graduates of CSU, you have the skills to influence others, change beliefs, unite cultures and change the world. Every day is a gift, it cannot be repeated. Live each day well, to the max, with no limits.

I am privileged to talk to you today. Coral and I congratulate you on your great achievements and we wish you fulfilling, exciting and successful careers.

If you want a career on the high seas, don’t join the navy. Become a pirate instead!

You will feel intimidated some time in the future – much like sailing a boat on stormy seas. You’ll be “surfing the edge of chaos” and see only risks and uncertainty ahead. But never give up – never surrender. In these times remember the words of writer Tom Peters: “If you want a career on the high seas, don’t join the navy. Become a pirate instead!”

Because it’s the people like you, the graduates of Charles Sturt University, the crazy ones who think that you can change the world, who are the ones that will!

Be guided by the chinese proverb “When the winds of change blow, some people build walls. Others build windmills…”

The ships are fully loaded, there’s blue sky to the horizon and there a brisk wind aloft, . It’s time to set sail.  It’s time to be a Pirate!

← Christmas/Holiday Gift
Why I am a Pilot →